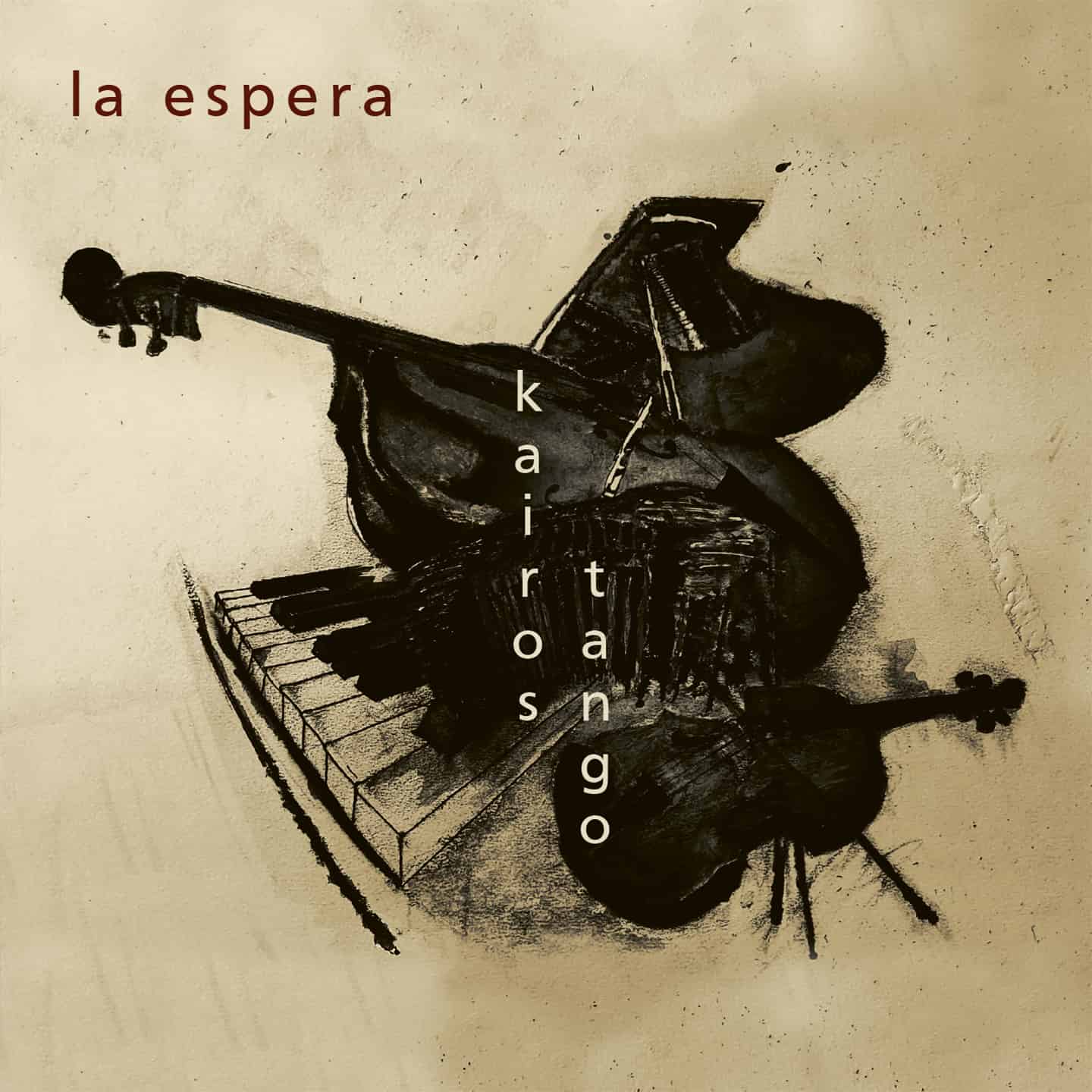 The term espera in Spanish means waiting, a condition that is sometimes difficult, problematic and uncertain, but often full of hope and expectation. It is precisely in this strange state, inevitably linked to the world situation of recent years, that Kairos Tango has thought, desired and then given life to this work: a very personal testimony on contemporary tango represented first and foremost by the Piazzolla Suite by Argentinian composer and pianist Juan Rivero and supplemented with three interesting original contributions.

To close, Soledad by Astor Piazzolla, an admiring tribute on the occasion of the centenary of his birth.

The Tango in 'La espera

Piazzolla Suite (Juan Rivero)
The first three movements of the Piazzolla Suitewere written by Juan Rivero in Buenos Aires in 2010, the last two saw the light in Italy in 2021 with a view to being included among the tracks of this recording.

The Suite was conceived as a free interpretation of the imaginative legacy of the vast work of Astor Piazzolla. It is difficult, if not impossible, for those involved in contemporary tango to elude his work and musical legacy.

The compositional aesthetics of the suite's movements fully and significantly encapsulates Juan Rivero's articulate training in Argentine folklore, tango and jazz language, developed at EMPA, the Avellaneda School of Popular Music in Buenos Aires, and consolidated over the next thirty years of his career with international collaborations including the Sexteto Milonguero.
In addition to the Piazzolla SuiteRivero has several other works to his credit, including the Argentine Suite for piano and string orchestra (2021) and the Concert for bandoneon and string orchestra(2022).

Desde Lejos (Alessandra Gelfini)
Written in the form of a tango, Desde Lejos is intended to be a discreet and affectionate homage to the music of Astor Piazzolla, recalling at times its rhythmic and harmonic stylistic features. But DesdeLejos is, above all, a snapshot of a moment, both historical and emotional, inextricably linked to the theme of distance and the feelings associated with it, from melancholy to impatience, from sadness to anticipation.

Vals Sentimental (Alessandra Gelfini)
If the tango is perhaps the sentimental music par excellence, the Vals Sentimental candidly declares its intentions in this regard right from the title. Born after a concert out of a desire to have an original vals, it immediately became part of the group's repertoire and reveals itself as a kind of ideal conjunction between European and Argentinian music in terms of harmonies, rhythm and above all atmosphere.

The Half of Nothing (Claudio Saguatti)
The Half of Nothing stages the idea of a disenchantment. A distance towards something indistinctly distant in time whose questions remain eluded by apparent answers, each one now devoid of importance. A legacy of emptiness, simple and transparent, a tribute to the elapsed time reflected through the expressive stylistic devices of the tango and in the action of the quartet's polyphonic texture.

Soledad (Astor Piazzolla)
Soledad is a testimony to the intense and flourishing activity of Astor Piazzolla as a composer of film music as well. Between 1949 and 1987, the musician composed forty-four soundtracks, both in Europe and Argentina. In 1975 Piazzolla, who had already been living in Rome for some time, was called upon to compose the music for the film Lumière of Jeanne Moreau. Thus was born the Suite Lumièrewhich includes the four tracks Soledad, Muerte, Lumière e La evasión. Of these, Soledad is the one that has perhaps achieved the greatest success, probably due to its extraordinary evocative power that combines exquisite delicacy and depth.

The first album by the Kairos Tango quartet: original music and a tribute to Astor Piazzolla.

La Espera is also available for advertising on https://www.preludiomusiclibrary.com