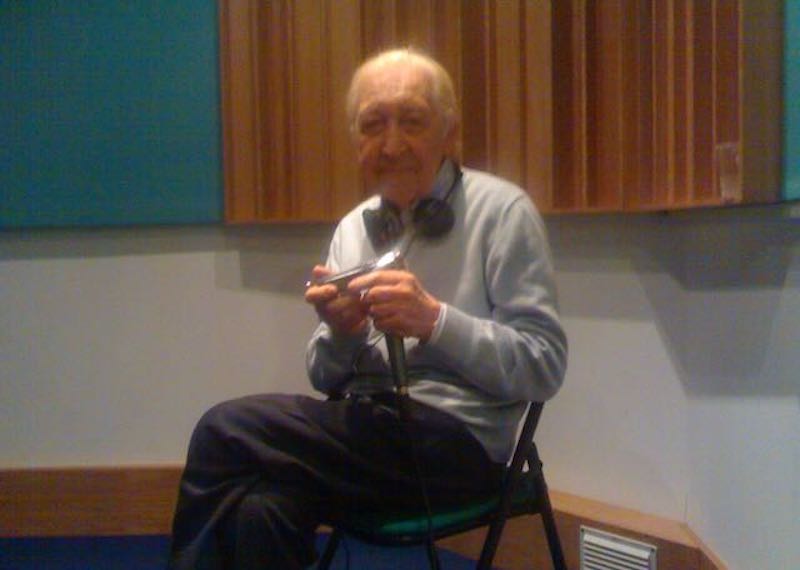 Album I have you in mind

Bruno De Filippi was born in Milan on 8 May 1930 and dedicated his entire life to his work as a musician and composer.

Self-taught, gifted since childhood with great sensitivity and passion for music, at the age of seven he received his first mandolin lessons from his uncle Andrea, who guided his first steps into the world of notes. He made his debut in 1951 as a guitarist in the 'Rocky Mountains Ol' Time Stompers', one of the few ensembles that played western music in Italy at the time. In 1954, the band became 'I Campioni' and was the official group of singer Antonio Lardera (who would later gain fame as a soloist under the pseudonym Tony Dallara).

In 1958 he was in the orchestra of the Sanremo Festival when Domenico Modugno won with 'Nel blu dipinto di blu' ('Volare'). Already at this time, he composed and recorded several pieces of pop music. Among them, the best known is 'Tintarella di Luna', created with Franco Migliacci in 1959, initially performed by 'I Campioni' and then by Mina. The song soon became an international success and is still an evergreen performed all over the world.

In 1962, he formed 'Bruno De Filippi and his band', with which he played permanently in several venues in Italy and abroad. In 1968 at the Sanremo Festival, he accompanied the famous Louis Armstrong on banjo; during a break in rehearsals, he happened to improvise "Do you know what it means" with Louis, an event thanks to which a special musical feeling was established that Bruno would later often recount among his favourite anecdotes during interviews and concerts.

Since the mid-1960s, he has collaborated as a guitarist on the record releases and shows of famous Italian singers, including Mina, Adriano Celentano, Johnny Dorelli, Ornella Vanoni, Enzo Jannacci and Caterina Valente.

In the 1970s, he intensified his activity by also proposing himself as harmonica player and was appreciated as one of the most refined performers, with solos alongside Mina, Pino Daniele, Toquiño, Rossana Casale, Gino Paoli, Angelo Branduardi, Milva, Modugno. He often tours with several of these singers, both in Italy and abroad (France, Germany, Spain, Japan, Latin America).

At the same time, he combines pop music with his passion for jazz. In his city, Milan, he is a regular at the legendary 'Capolinea'. He performs and records jazz music with the most important exponents of the international scene (Barney Kessel, Toots Thielemans, Bud Shank, Bill Russo, Gerry Mulligan, Astor Piazzolla, Les Paul, Chet Baker, Lionel Hampton, Lee Konitz and many others), and Italians (such as Franco Cerri, Enrico Intra, Renato Sellani). From the mid-1980s, he began producing several albums under his own name (some of which were recorded in New York).

In those years, his live performances in the world's most prestigious jazz clubs intensified: important stages hosted his harmonica and guitar. For example, in the United States he performed at the 'Blue Note', the 'Town Hall Theatre' and the 'Birdland' in New York City; also at the 'Green Mill' in Chicago and the 'Pier House' in Key West. In Italy he plays at the 'Teatro dell'Opera' in Rome and in the Verdi Hall of the 'Conservatorio della Musica' in Milan. He has also given concerts in jazz clubs in many cities in Germany, at the 'Philharmonic Hall' in St. Petersburg and at the 'Convention Hall' in Hong Kong. Notable jazz festivals include appearances at 'Jazz at the Tropics' in Miami, the 'Django Reinhardt Festival' in Fontainbleu (France) and the 'Jakarta Jazz Festival' (Indonesia). The song 'Soft Drink', composed in 1985, is a swing that he repeatedly uses as the opening theme song of his concerts. In a short time, the piece became very well known among his jazz friends and became a kind of brand name for the harmonica player Bruno. Today, colleagues often perform it in his honour.

In the 1990s, their meeting with pianist Don Friedman resulted in a true partnership, which saw them record several albums and tour in Europe, the United States, Canada, Australia, Japan, Indonesia and Hong Kong.

In the 1980s and 1990s, he found himself duetting on the best stages with those he considers his masters on guitar and harmonica, Barney Kessel and Toots Thielemans respectively. He is bound to both of them by fraternal friendship and a special feeling, which can also be perceived when listening to their performances. The genre he is most passionate about in jazz, however, is big bands. Therefore, every invitation to join the Jazz Class Orchestra as a soloist, and later Enrico Intra's Big Band and Paolo Tomelleri's Big Band is very motivating for him. As a mature and established musician, he is very keen to offer selected young Italian talents the opportunity to perform and play with him. Many of them are now very valid and well-known professionals on the international jazz scene.

In a ceremony at the 'Società del Giardino' in Milan in April 2000, he received a special award for his contribution to music. In his last decade, Bruno continued to play, record albums and travel everywhere (he boasts of having toured the world three times between 2000 and 2009!) in order to spend more happy hours with musician friends from all continents, performing in scheduled concerts or improvised jam sessions.

In 2009, he enthusiastically took part in the album released by Preludio 'Io ho in mente te', by the vocal a cappella quintet ALTI & BASSI, superimposing his fantastic harmonica over the vocal jazz harmonies of the song 'Il Cielo in una stanza'. Although tried by a long and painful illness, he managed to play in public until a few weeks before the end of his earthly life, which ended on 16 January 2010. He leaves us many of his musical testimonies: thanks to them, Bruno can still play for us today.