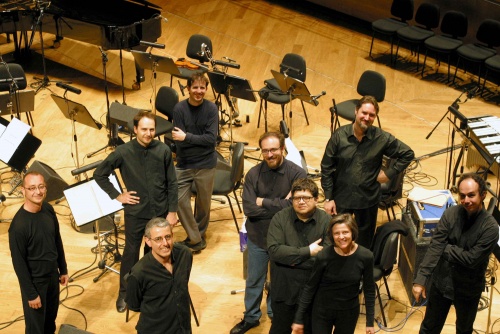 Sentieri selvaggi is a group formed by some of the best Italian musicians united in a project: to bring contemporary music closer to the general public.

The group has established a close working relationship with composers such as Philip Glass, Michael Nyman, David Lang, James MacMillan and Louis Andriessen, who choose the Sentieri selvaggi ensemble to perform their music in Italy and as the inspiration and recipient of their new scores.

For six years the group has organised its own Contemporary Music Festival in Milan; in 2005, an absolute novelty for the city and for Italy, Sentieri selvaggi produced a season of contemporary music of which the festival has become an integral part and which was structured around the theme Parole. The project will continue in 2006 with Il Femminile (The Feminine), a season entirely dedicated to contemporary musical creativity interpreted in female terms.

The ensemble is regularly involved in publishing and recording productions with the aim of spreading knowledge about the music of our time. It has produced the CDs La Formula del fiore, Bad blood, Musica Cœlestis and Child. In 2006 it published for the prestigious American label Cantaloupe Music AC/DC, an anthology that collects the most significant stages of Sentieri selvaggi's repertoire.

The realisation of musical theatre shows and events is an important and acknowledged sector of Sentieri selvaggi's activity: the theatrical productions (among which Orfeo a fumetti by Filippo Del Corno, L'uomo che scambiò sua moglie per un cappello by Michael Nyman, The Sound of a Voice by Philip Glass), thanks to the strong communicative impact that characterises them, have gained wide consensus among public and critics, thus proving that contemporary music is for everyone.

Sentieri selvaggi's records are not published by Preludio, but the mutual esteem and friendship between the group and Preludio have allowed us to include this important new Italian music producer among our artists.