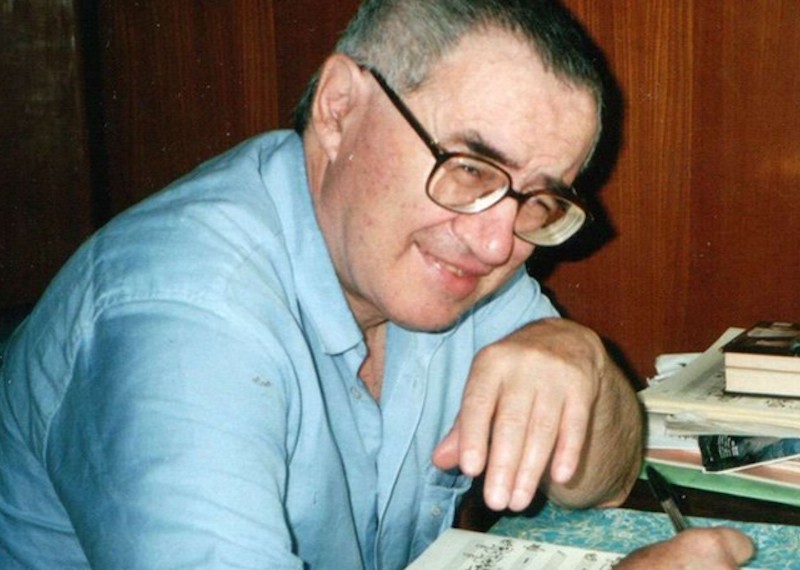 Paolo Miccio Lo Monaco was born in Milan on 29 January 1942. He studied trumpet with Walter Battagliola (senior) and complementary piano with Gino Casolati at the Nicolini Conservatory in Piacenza. He studied harmony and counterpoint with Ottorino Gentilucci and composition with Alberto Soresina and with Angelo Corradini. He also attended electronic music courses held at the Milan Conservatory by Angelo Paccagnini. He taught at the Scuola Media (Experimental Music School) and then worked as a librarian at a high school. He never ceased to compose both while working and after his retirement, until the evening before his death in Chiavari on 23 December 2011. Although he had illustrious teachers, as far as composition was concerned he considered himself to be predominantly self-taught; in fact, he trained himself both through the study of classical treatises and through direct examination of the works of the great masters from Bach to Schönberg. Thus, in his vast production, one can recognise two strands more closely linked to tradition: the Baroque and the dodecaphonic, which form the basis of his more mature works, in which one can recognise the search for a language that, making use of his accumulated experience, is the expression of a freer manifestation of his own feelings, freed from the fetters of certain schemes, but always rigorous and suffered, and never rushed or prone to the temptation of easy cantabile. This commitment to research was concretised in a brief compositional method (Milan 1995) in which the author explained some of the procedures used in his works. Among his most significant works performed are: Invention for piano (1971); Charlot for vc. and fag. (1971); Divertimento for tr. and vc. op.101 (1974); Tre preludi in stile barocco per vla da gamba (1976); Sonata for vc. (1976); Cinque Lieder op. 176/1 on poems from the Canzoniere by Hilda Reich Duse (1980); Cinque Lieder op. 188/2 on poems from Passo a due by Hilde Reich Duse (1980); Mi chiamo estate op. 208/3 on a poem by Hilda Reich Duse (1980); Homage to Bach (1976-79); Four dodecaphonic movements for tr. and vc. (1978); The Bach Family (1976-80 requested and deposited at the Bach-Archiv in Leipzig 1994); Four Divertimenti for fl. o vl. (1981); Sonata no. 9 for pf. (1987); Quattro affreschi musicali for pf. (1987); Sonata for fl. in G and pf. (1988); Sette Lieder su poesie di Ungaretti for mezzos. and pf. (1989); Alba cibo baci buio, for 4-voice choir on words by Hilda Reich Duse (1983); Italica Passio for 4 solo voices and instruments on texts by Francesco Ronchi (1993); L'Arte della Fuga sulla Famiglia Bach for ob, cl., phag. and vc. (1997); Quintet op. 380 n.2 for fl., ob., cl., cr. and phag. (1999); Trio for fl., cl., and phag. (2000); Trio for cl., phag. and pf. Op. 290 n.1 (2000); Quartet for fl., cl., bassoon and pf. (1999); A voce sola for fl. (2005); Breve Sinfonia da camera (2006); Trio per Gabriele (2008). He has also written unpublished and unperformed oratorios, concertos and symphonies.