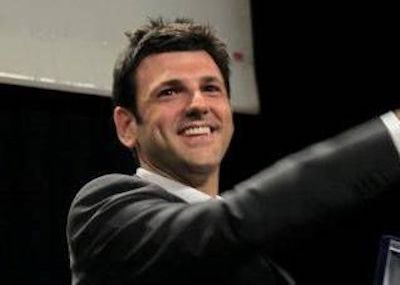 Initiated to music studies by Maestro Vincenzo De Gregorio, then Director of the Conservatory of Music D. Cimarosa from Avellino, graduated in Organ and Organ Composition, Piano, Composition, Choral Music and Choir Conducting.
From 2002 to 2015, he was deputy director of the Cappella Musicale Lauretana of the Aversa Cathedral (CE).
On 24 May 2003, in the presence of the highest ecclesiastical and institutional dignitaries, the Director of the Chapel Sistine Mons. Giuseppe Liberto and the RAI, he is Artistic Director of the II Interregional Review of Polyphonic Choirspromoted by the Bishop's Curia of Aversa (CE).
Winner of several national and international composition competitions, including ALS International Choral Composition Competition 2014 for the Little Singers of Armenia (Armenia), 1st Prize at the 13th International Choral Composition Competition Seghizzi (Gorizia), he has had his works published with various publishing houses such as GB Sound of Alexandria, Alfieri&Ranieri of Palermo, Carrara Editions of Bergamo, with whom he regularly publishes in the magazine Let us celebrate, and the UT Orpheus of Bologna. Its music is regularly performed in Italy and abroad in international choral and instrumental festivals. Among the countries in which it has been performed: Germany, France, Holland, Armenia, USA, Hungary, Spain, Poland.
On 19/6/2004, he performed as soloist on the organ in the Paul VI Hall (Vatican City) at the general audience held by the Holy Father John Paul II.
Recent premiere performance (May 2016) of his Musical Fable The Princess and the 7 notines for reciting voice, soloists, children's choir and instrumental ensemble at the San Carlo Theatre in Naples, included in the Season Educational 2015/2016 and in the Season For Family 2015/2016 of the Neapolitan Massimo. He performs concerts both in Italy and abroad as a soloist or in chamber ensembles. Among the countries in which he has performed: Holland, Hungary, Spain, France, USA.
For his concert and musical activity, he has received several reviews in major Italian newspapers such as: Il Mattino, Amadeus, Critica classica, Il Roma, Il Corriere del Mezzogiorno, L'Osservatore Romano, l'Avvenire and Il Giornale.
Since 2005 he has been accompanist pianist of the Children's Choir of the San Carlo Theatre in Naples directed by Stefania Rinaldi. Since 2012, he has added to this position that of Assistant to the Director of the Children's Choir of the San Carlo Theatre in Naples.
From 2008 to 2015 he was Director of the Chorale Armònia of Frattamaggiore (NA), his home town.
He taught Theory, Rhythmics and Musical Perception at the Conservatory of Music G. Nicolini of Piacenza. He currently teaches Composition at the Conservatory of Music S. Giacomantonio of Cosenza.