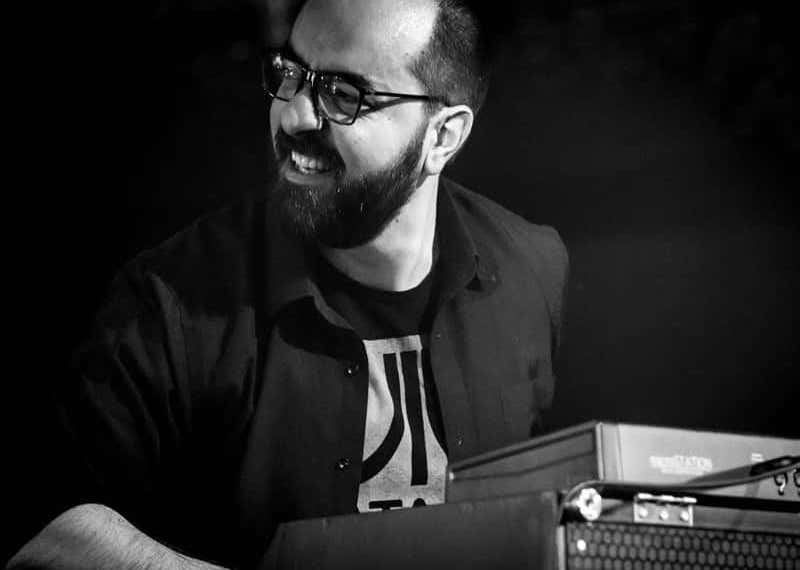 Born in 1989, Giorgio Barozzi works in the world of music as a keyboardist, arranger, composer, singer and teacher.
As soon as he turned 18, he became the keyboardist for YtseJam KR (the last official Dream Theater tribute band), with whom he toured the stages of some of the most important clubs in Italy, boasting prestigious international collaborations.
He obtained a diploma (previous system) in Singing from the Conservatory of Salerno "G. Martucci", a degree in Electronic Engineering from the University of Calabria, the LLCM Diploma from the London College of Music in Composition, the official Apple Certified Pro certification for Logic Pro X, and he also obtained the Apple Teacher certification from Apple. At the international institute MMI in Verona he obtained the advanced level diploma in the fields of Piano/Keyboard and Theory/Modern Harmony. He obtained the highest level (grade 8) in Popular Music Theory at the London College of Music.
He is currently (2020) attending the Master in Music Theory and Analysis set up by the G.A.T.M. (Gruppo di Analisi e Teoria Musicale) at the University of Calabria. He is also attending the two-year course in Jazz Electronic Keyboards at the Conservatory of Salerno.
As far as concert activity is concerned, he established himself as a rock/blues organist, thanks also to his possession of a historic Hammond organ, playing with international artists such as Ian Paice (Deep Purple), Eric Udel and Rob Paparozzi (Original Blues Brothers Band).
He has collaborated as a keyboardist with Roberta Faccani (ex Matia Bazar), for whom he also wrote arrangements for ElettroTour 2017, Chiara Ranieri (X-Factor 2010), Elisabetta Eneh (X-Factor 2018), YtseJam KR, Into the Purple and others.
At the same time he worked in the world of music as a composer, obtaining the following awards: Victory at the Eboli International Composition Festival, obtained with a duet for Flute and Guitar, which also won the Audience Award, subsequently produced by Preludio Music; the Second Prize at the "Rodrigo Landa-Romero International Piano Composition Competition" with the piece "Panta Rei", performed and recorded by the very young Mexican pianist-prodigy Rodrigo Landa-Romero, published by Eufonia edizioni musicali (Brescia); the performance of his music, specially composed, by the Italian Harp Orchestra, unique in the world.
He is also involved in cinema as composer of the music for "Giorgia Vive" (awarded a prize at the Taormina film festival), "Spes contra spem - Liberi dentro" (awarded a prize at the 73rd edition of the Venice Biennale) and various short films by Calabrian directors. He wrote the music for "Così vivi", a drama in prose by the writer Marco Ciconte, premiered at the Teatro del Lido di Ostia, with live music.
He is responsible for the arrangements of the musical "Karol - L'amore è il maestro migliore" performed for the first time at the Rendano Theatre in Cosenza.
He wrote an orchestral adaptation of a song competing during the 2014 Sanremo Junior Festival for the Sanremo Junior Orchestra.
He works in various recording studios as an arranger. For the label Cantieri Sonori (Rome) he worked as official arranger.
He published the book 'Theory and Harmony of Modern Music', Eufonia editions, a text dedicated to Popular music students.
For several years he has been involved in teaching as an exam preparer at the London College of Music.