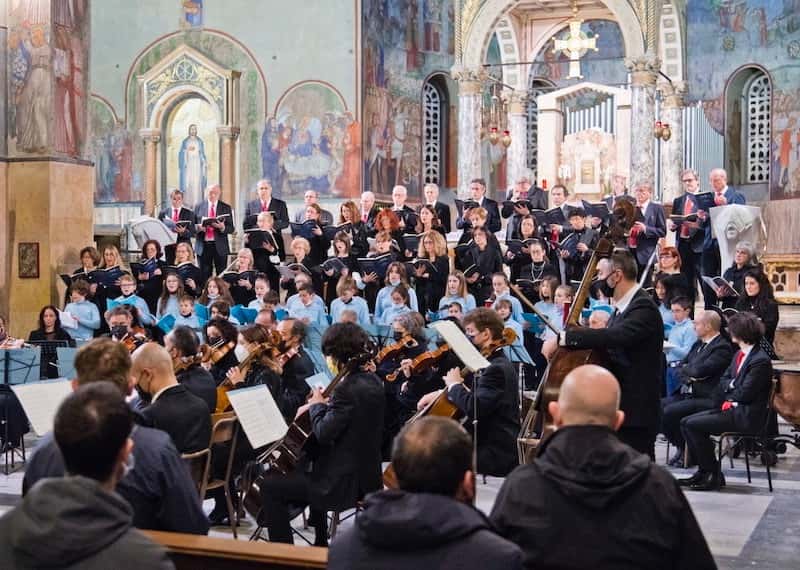 The Corale Polifonica Città Studi was born in Milan, in the Città Studi area, in 1990. In these years it has been invited by Bodies, Institutions and Associations. It has sung in the Duomo, San Simpliciano, Sant'Ambrogio, Santa Maria del Carmine, San Marco, Teatro delle Erbe, Auditorium San Fedele and many other halls and churches in the city. On the occasion of the beatification of Cardinal Schuster, she performed at the Auditorium San Fedele in Milan, the world premiere of two pieces by Maestro Valentino Donella on texts by Don S. Varalta and Don A. Mazzi. It has been invited to Solbiate Olona, Como, Erba, Saronno, Varese, Bergamo, Brescia, Cantù, to the Basilica of Somasca and to the Rotonda di San Lorenzo in Mantova; it inaugurated the first concert season of Collegio Gallio in Como and the XXVIth Musical Season of the Canonica di Brezzo di Bedero (VA). Among the associations that have invited the Chorale we would like to mention the Serate Musicali ("Music in the Churches" review), the Opera Don Calabria, the ARCA community, Amnesty International and the ASA. For two consecutive years we have participated in the show 'The Show Must Go On' at the Teatro Smeraldo in Milan. On two occasions the Chorale has been asked to produce an advertising campaign: one for Balocco, in which the female section is used, and one for Bronchenolo syrup, with the male section.