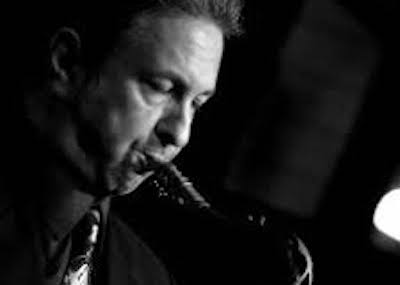 Alfredo Ponissi was born in Turin on 18 December 1955. His career spans thirty years and includes music - he is a composer and is fluent in all saxophones, flute, clarinet and piano, as well as being an excellent singer - writing, poetry and screenplays for theatre and cinema. Ponissi began his artistic and professional career in Giorgio Gaslini's Solar Big Band in 1981, taking part in two shows on Monk and Ellington with Giorgio Albertazzi and Elisabetta Pozzi (more than 60 dates) and playing for major Italian theatres. In 1984, he released his first album entitled "Don't say good bye" (Fonit-Cetra). In 1985 he won a mention as best soloist at the "Rassegna nazionale dei gruppi emergenti" in Forlì and was a finalist, with his own quartet, at the International Jazz Competition in Leverkusen (Cologne) in Germany, an event reserved for the six best European groups of the year. In 1986-87 he recorded for Splash, with the New York altosaxophonist Bob Porcelli, two LPs with the "011 jazz quintet & sextet", "Bursting", mentioned by the American magazine Cadence as the best album of the year and "Rising". Mario Rusca and Flavio Boltro are also part of the group. In 1987 he opened the "Ciak" international festival in Milan playing as coleader with Boltro in a quintet including Paolino Della Porta, Antonio Faraò and Manu Roche. In 1989 he formed Trane's Memory, a quartet dedicated to the music of John Coltrane, with whom he won the "1st Italian festival for emerging groups" Fiat-Lancia trophy in 1990. In 1989 he was part of Marcello Rosa's "Jass & Jazz" with whom he recorded two CDs (Pentaflowers). In the same period he also played for contemporary composers at the Aterforum festival in Ferrara (directed by Sergio Liberovici) and collaborated with pop music musicians including Sergio Caputo and Francesco De Gregori. In 1994 he founded the association Jazz Mobile and its record label Jazz Mobile Records, for the diffusion, knowledge and advancement of jazz music, thus also becoming a record producer and organiser. In 1995 he published the CD "A Love Supreme - A Tribute To John Coltrane". In 1996 he won with Trane's Memory the "Concorso nazionale" in Baronissi and took part in the "Eurojazz Festival" in Ivrea and the "Festival internazionale Cava Jazz" in Barcelona. Since 1997 he has collaborated and played at the JVC Newport Jazz Festival in Turin and at the Jazz a Palazzo festival in Turin. In 1999 he published "Gilgamesh" with the Jazz Mobile Saxophone Ensemble, a group he directed and with which he performed at the Magazzino di Gilgamesh in Turin from 1997 to 2000. In the meantime, the Jazz Mobile Reunion Band was born, featuring artists from the JMR stable. In 2001 he published the CD "Jazzmen" with George Cables and Giulio Capiozzo and performed in Japan, collaborating with local artists and recording a CD with his brother Dario. In 2004 he published the CD "We Remember You" with an all-star band from Turin and created the project "Good Life", a quartet including Guido Canavese (piano), Stefano Solani (bass) and Alessandro Minetto (drums). In 2005 he began a collaboration with "Arti e Mestieri", a historic Italian prog group, with whom he took part in the international "BajaProg" festival in Mexico and in a tour in Japan during which he recorded a CD and a live DVD at Club Città. He also recorded with Good Life a double CD, "The Good Life Sessions", soon to be released. Also in 2005, he embarked on another original project linked to the field of improvisation and experimentation, a project whose source is Ponissi's multi-instrumentalism: the open formation - sometimes a trio, sometimes a quartet - "A.L.I" (Associazione Liberi Improvvisatori) with Max Carletti, Stefano Risso, Stefano Solani, Davide Liberti, Jimmy Weinstein and Paolo Franciscone. In 2006 he went to Mexico again for a tour with Arti & Mestieri. With the Good Life Quartet he recorded the music for Moloch, a cartoon film based on one of his stories, directed by Carola De Scipio and with the voices of Lello Arena and Sara Onorato. Again with the GLQ, he was the guest at Villa Cernigliaro for a reading with the poets Jack Hirshman, the greatest contemporary exponent, and his wife Agneta Falk. He finished his unpublished novel "Il Cane di Adolphe Sax". In 2007 he was invited to Tokyo by the Italian Cultural Institute to present, with the A.L.I. trio, the six-part composition "Le Montagne, il fiume, le città" dedicated to Piedmont for the "Primavera italiana" event. Alfredo Ponissi was a teacher and coordinator at the Turin Jazz Centre for ten years and for twenty years at the Music Training Courses of the City of Turin. His students include: Emanuele Cisi, Paolo Porta, Fulvio Albano, Matteo Negrin, Luigi Martinale, and he carries out an intense teaching activity with workshops and seminars in the schools of the Province of Milan for the project "Music in education". He has played, among others, with Roy Haynes, Greg Bissonette, Manu Roche, Lew Tabackin, Bob Porcelli, Jim Snidero, Bill Pearce, George Garzone, Tom Kirkpatrick, George Cables, John Donaldson, Tommy Campbell, Benny Bailey, Stepko "Steve" Gut.