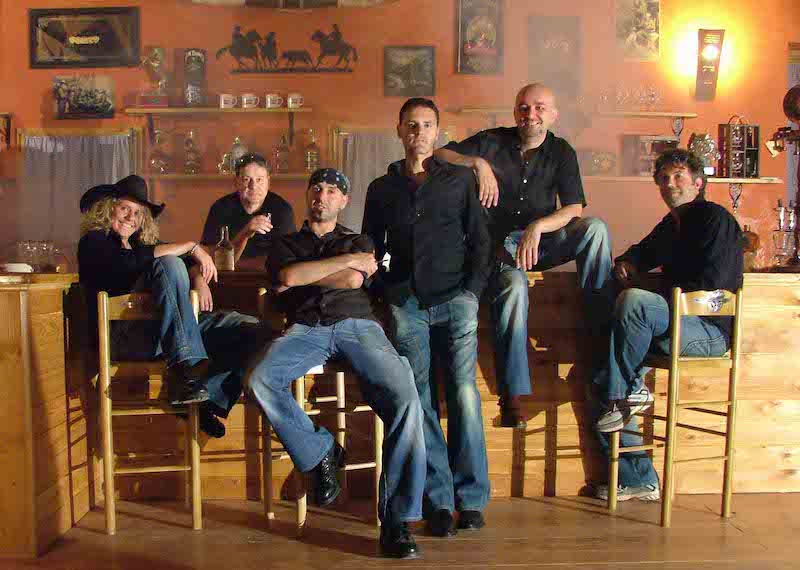 Founded in Padua in 1994, the Vocalica developed a repertoire of songs for solo voices in the style of "contemporary a cappella". From scat to swing, from rock to blues, from pop to Italian singer-songwriter music, also of their own composition, always trying to maintain originality in the arrangement and interpretation. They have participated in seminars with some of the most prestigious international vocal groups and teachers (Swingle Singers, Jonathan Rathbone, Roger Treece, The Housejacks, Ciro Caravano, The M-Pact and the Real Group). In 1998 they opened for Rossana Casale; in 1998 and 1999 they opened for the American Housejacks. They have performed in numerous concerts in Italy and on the stages of the most prestigious European a cappella festivals: Munich, Graz, St. Poelten, Cologne, Berlin, Leipzig, Barcelona, Maastricht, Vienna, Geneva, etc. In December 2001 they released the CD "E' Natale!" (It's Christmas!) with the participation of Paola Folli, with whom they continue a friendly collaboration; the CD is now also distributed in the USA. In the summer of 2002 they were the promoters of the first Italian A Cappella Summit, which brought together about 100 singers from all over Italy at the ITC theatre in S. Lazzaro di S. (Bo). In the summer of 2003 they were selected for the final phase of the "Pop A Cappella Contest" during the "International Choral Week" in Graz and won the Gold Diploma, awarded directly by Ward Swingle, founder of the Swingle Singers and president of the jury. Since 2001 they have been organising the annual "Play the Voice" event, a musical charity evening for the children of the Brazilian favelas of Rio de Janeiro and Sooretama, with the participation of artists such as Paola Folli, Danilo Minotti, Vittorio Matteucci and Elio e le Storie Tese. In June 2005 they released the CD "Italian Hits vol. I' and the following August they released 'Aged 10 years' (with Paola Folli as a special guest). Also in 2005 they performed at the "Solevoci" festival alongside the Soviet Acappella Expresss and the Real Group, and on the prestigious Geneva stage at the "Festilac" together with artists such as BoizIIMen, Golden Gate Quartet, Noah and Mpact. In 2006 they were guests at the 58th edition of the Prix Italia held at the Goldoni Theatre in Venice and broadcast by RAI UNO. The Vocalica are currently: Silvia Piccoli, Alberto Schiavinato, Davide Chiesa, Marco Bottazzi, Fabio Romandini, Andrea Beghi. www.vocalica.it

A Capella Made in Italy Christmas – Vol 1

A Cappella Made in Italy – Vol 1