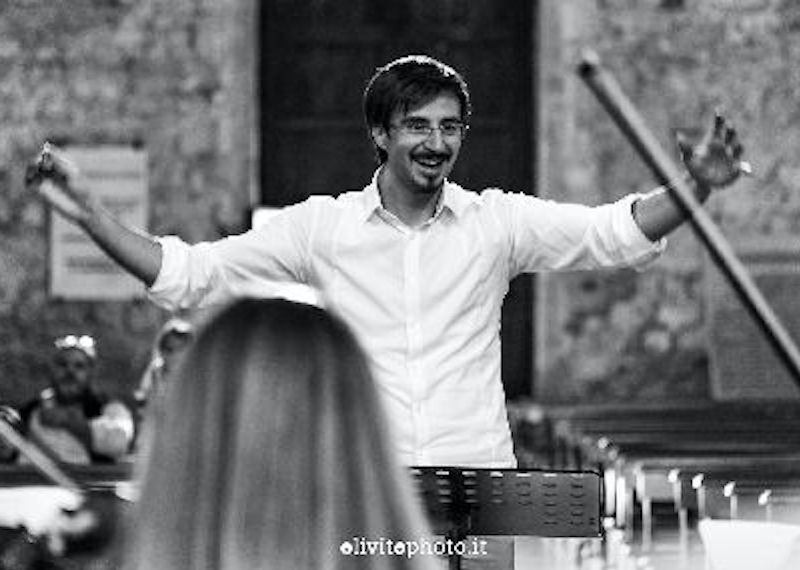 Luigi Benincasa graduated with full marks in Composition at the Conservatory 'S. Giacomantonio' in Cosenzas under the guidance of Maestro Vincenzo Palermo and obtained a diploma in piano with Maestro Antonella Calvelli. He also graduated with honours in music didactics, supervisor of his thesis M° Vito Palumbo. During his training, he attended courses in vocal technique, Gregorian chant, organ and conducting, and also courses on new technologies, especially in the field of audio recording and filming. He prepares and supervises the musical activities of various ensembles, polyphonic choirs and orchestras. He is intensively active as a pianist, choir and orchestra conductor. His compositions have received critical acclaim and important prizes from national and international competition organisers, (winner at the Foggia Film Festival 2008, Concorso Nazionale "A naca d'oru" Calabria 2009, special mention at Ephizefiri in Reggio Calabria 2010, at the Eboli International Composition Competition for two consecutive editions 2013, 2014, at the National Competition III Mnemosyne in Cosenza 2012, at the International Harp Composition Competition in Sicily 2015, at the 13th International Young Musicians Competition in the city of Paola).

He collaborates with various associations and bodies promoting musical culture, including the 'Anemos', 'Giovani Musicisti Nuova Paideia', 'Cornelio Pelusio' and 'Siberene' associations. He is the founder of the 'S. Pio' Polyphonic Choir and the 'In Fiore' Orchestra, with which he carries out intense concert activities. His compositions have been presented and disseminated through newspapers, radio and television networks including RAI. Some of his compositions are published by the Preludio and Pubblisfera Edizioni publishing houses.

He teaches Theory Analysis and Composition at the Liceo Musicale di Crotone.