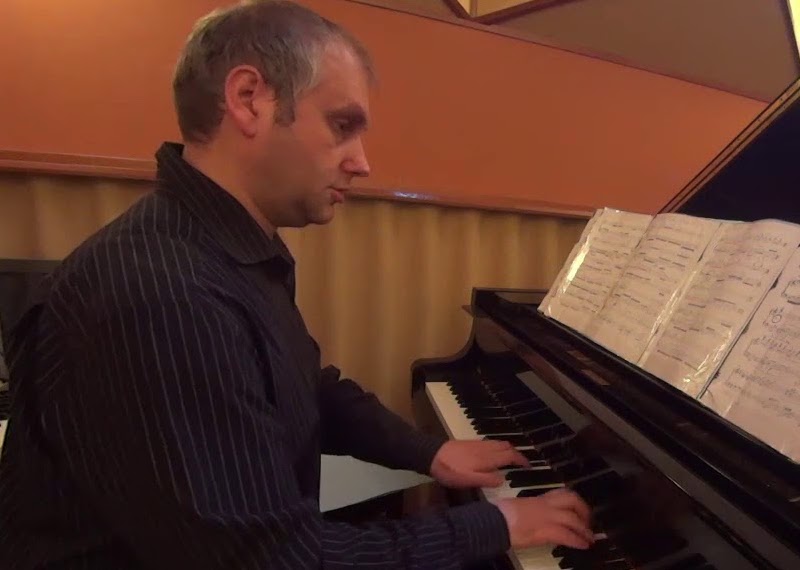 Composer, pianist and conductor, born in Shkoder (Albania) in 1980 into a family of musicians, Lodi Luka performs in various institutions and concert seasons (Tirana Opera House, Migjeni Theatre in Shkoder, Rendano Theatre in Cosenza, University of Fine Arts in Graz (Austria), Sebino Summer Festival, Sala Puccini of the Conservatory of Milan, Festival Leoncavallo in Montalto Uffugo etc.).As a composer, he prefers a communicative language that is influenced by traditional and modern music, without forgetting his Balkan roots. He is the author of two chamber operas: Io e l'altro (I and the Other), freely inspired by a story by Borges, and Il Sogno (The Dream), with a libretto by Enrico del Luca, premiered in Cosenza and then repeated in various theatres and concert seasons in Calabria. He collaborates as a conductor with the chamber orchestra "I musici di Parma", the Italian Harp Orchestra and the contemporary music ensemble "L'Altro Ensemble", which he founded. He began studying piano at the age of six, graduating with full marks in 1998 from the "Prenke Jakova" music high school in Shkoder. He then decided to further his musical studies in Italy, obtaining diplomas in Pianoforte, Composition, Music Didactics and Educational Piano at the Conservatories "G.Verdi" in Milan and "S.Giacomantonio" in Cosenza. Among the various teachers who have guided his musical career: the pianist Aldo Ciccolini, the composers Vincenzo Palermo, Elisabetta Brusa and Luis Bakalov and the conductors Pietro Mianiti and Ovidiu Balan. More information http://www.lodiluka.com/