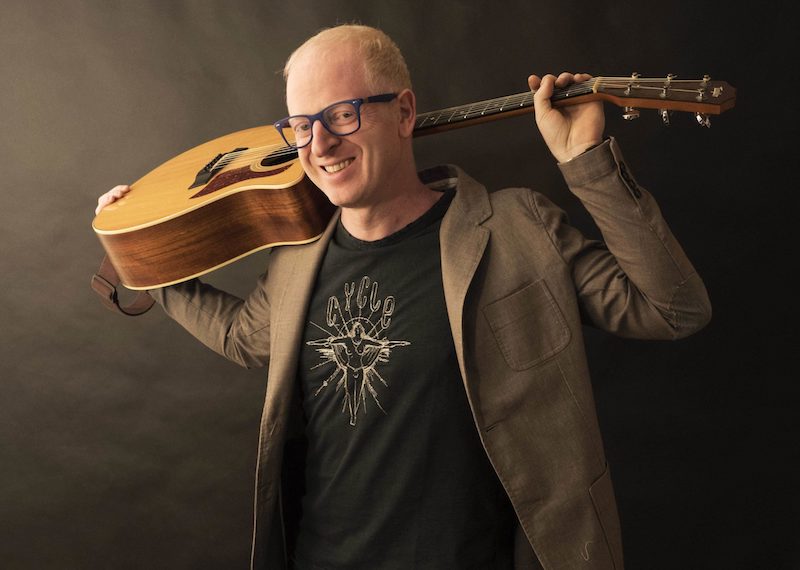 Singer, composer and teacher Giuseppe Delre graduated in Singing, Vocal Chamber Music and Jazz Music with full marks at the Conservatory of Music "N. Rota" in Monopoli. In addition, he obtained the 2nd Level Academic Diploma in Jazz Music at the "N. Piccinni" Conservatory of Music in Bari with the highest marks, honours and the applause of the commission, discussing an experimental thesis on Cole Porter's music. In May 2007 he obtained the qualification for teaching music disciplines for the competition classes A031 and A032.

He has performed in concerts in Italy and abroad (Hungary, Belgium, Holland, Finland, Croatia, United States, etc.), receiving wide critical and public acclaim. He was reciting voice in I. Stravinsky's "Histoire du soldat".

He has also participated in various seminars and courses including: "Film Music" held by M° E. Morricone; "Voicecraft Method" with M° Elisa Turlà; "Methodology of arrangement for jazz orchestra" with M° B. Tommaso and G. Iacoucci; "Roma Jazz's Cool 2006 and 2007";

"Institute For Living Voice" with D. Moss and G. Bijma organised by Muziektheater Trasparant" at the deSingel Conservatory in Antwerp (Belgium);

He participated in Sanremo Off 2008 and in the preview of Cantagiro 2008. He has been a guest on various television shows (Battiti- TN; Kalendario-Dune; Sky channels, etc). He has held "Pro Unicef" and "Pro Emergency" concerts.

He has performed concerts dedicated to Mogol's music with Mogol himself. (Mogol narrates Mogol).

In November 2017 he was the lead singer in the world premiere of the Pop Rock Opera "Amore e Psiche" by G. Tamborrino at the Teatro politeama Greco in Lecce.

Various experiences also in the world of opera including: "Rita" by G. Donizetti at the Accademia Pescarese, and for Ascoli Piceno Festival 2001. He participated in the production of "La Cenerentola" by G. Rossini at the Teatro dei Rinnovati in Siena, and at the Teatro Marrucino in Chieti under the guidance of Maestro G. Gelmetti. In June 2001 he took part in the first complete performance of G. Verdi's chamber operas at the Miskolci Nemzetkozi Opera festival (Hungary) conducted by M° Tamas Pal.

Creator and author together with writer Marilena Lucente of the project VianDante - 700 anni di Dante.

He collaborates with several recording studios as a Songwriter and Artistic Producer.

Since 2017 he has been teaching Pop Rock singing at the N. Rota Conservatory in Monopoli.

In 2015, he published the volume "Otto studi Progressivi" for singing and monodic instruments for use in music high schools and conservatories. He has made 18 recordings.

Present in the top ten in the jazz singer category at the JAZZIT AWARDS since 2010, to date