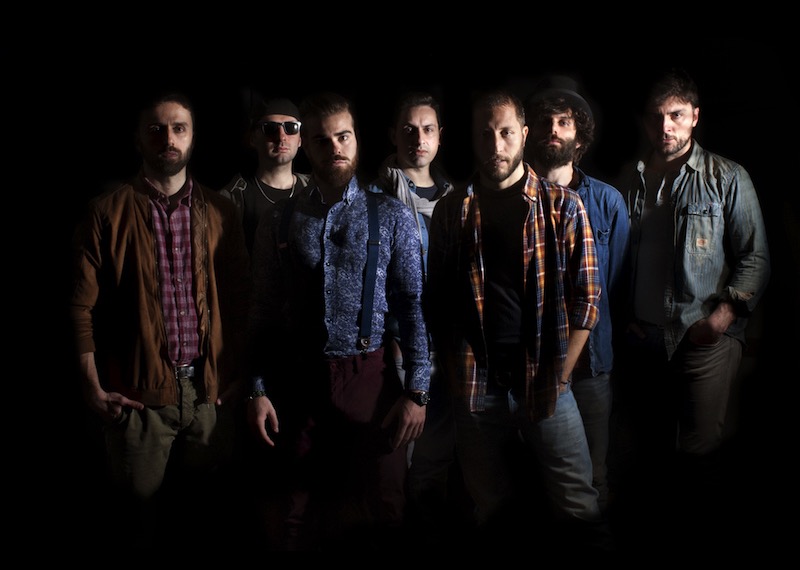 Founded in the summer of 2003, Anonima Armonisti is an a cappella vocal ensemble based on harmonised singing in several voices, with no instrumental accompaniment. The group's repertoire, which includes two albums and hundreds of concerts around Italy, includes great hits from the past and present as well as original songs. The group, made up of six singers and a beatboxer, is characterised by the surprising heterogeneity of the inspiration of the individual members as well as the professional backgrounds from which each of them comes. Bringing together their passion for the most varied musical genres, from light music to Italian and international popular songs, from vintage classics to the most recent pop and rock hits, the repertoire is exclusively based on the creation of original arrangements. In order to provide a live experience that is always original and able to satisfy the widest possible audience, Anonima Armonisti concerts incorporate the musical performance into a real entertainment performance. This is not a pre-written show, however, but rather an attempt to recreate on stage the goliardic, ironic and irreverent spirit that characterises rehearsals. Anonima Armonisti's first album of the same name was released in December 2009 and distributed by Preludio Music. Following the release of the single Il primo della lista, the second album Poeoeing!, co-produced by SunnyBit/Brutture Moderne and distributed by SELF, hit the shelves and web download platforms in October 2012. Since 2004, Anonima Armonisti have regularly appeared on the stages of major live clubs in Rome and Milan, including Blue Note, The Place, Geronimo's Pub, Big Mama, Crossroads, Stazione Birra, Locanda Blues, theatres such as Brancaccio, Morgana, Vascello and Palladium in Rome and Teatro Petruzzelli in Bari, as well as national and international events such as Fiesta!, Venice Film Festival, September Concert, Festa della Cgil nazionale, VivaVoce International Festival in Treviso. VokalFest, a gathering of youth choral music, has been conceived and produced by Anonima Armonisti since 2010. Television and radio appearances include Miss Italia 2010 (Raiuno), RaiSat International, Maurizio Costanzo Show (Canale 5), Niente di Personale (La7), Uno Mattina (Raiuno), La Botola (Raiuno), Stella (Sky Channel 109), Rai Radio Uno and Rai Radio Due, Radio Rock and Radio Popolare.