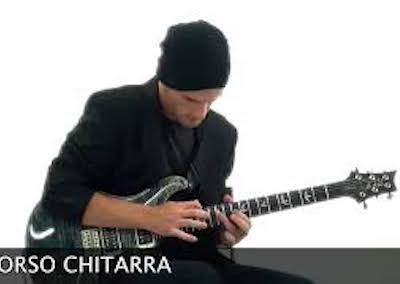 Since 2014 he has been performing in the band 'Branco' with which he has more than 400 concerts in northern Italy to his credit.

Since 2015 he has composed hundreds of instrumental tracks many of which are played worldwide in the stores of: Sisley, Benetton, Disegual, KFC, Cinti, Burger King, Carrefour, Toys Center, Blumarine, Mondadori, Mercedez-Benz, Scavolini, etc.

In 2016, he collaborated with the Nuova Gente studio of the great Italian singer-songwriter Gianni Bella, as an electric guitar instructor teaching at the 'Gianni Bella Music Factory' and the 'Masterclass recording studio'.

He has been teaching electric guitar at 'Cepam' in Reggio Emilia since 2005 and at Musikè in Carpi since 2018.