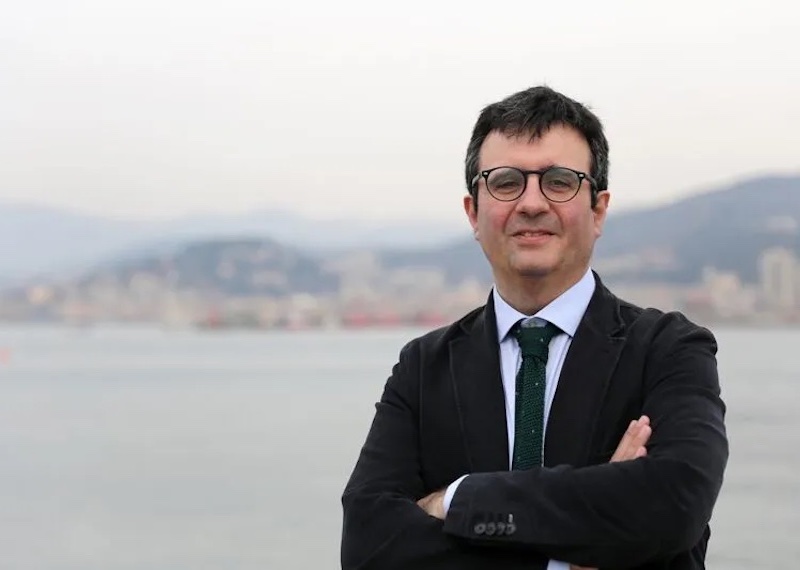 Alberto Cara was born in Tivoli in 1975 and lives in Milan. He graduated in Piano, in Composition and in Literature. His teachers have been Eugenio Tani, Riccardo Risaliti, Boris Petrushankij for piano; Federico Biscione, Alessandro Cusatelli, Marco Tutino for composition. Always attracted to musical theatre, in 2007 he wrote Il colore di Cenerentola, a metropolitan fairy tale in four scenes. The opera, co-produced by the Teatro Regio in Turin and the Teatro Comunale in Bologna, was staged in the 2007-2008 season at the Piccolo Regio Laboratorio and in the review L'altro Comunale, respectively. In 2009 Gli occhi colore del vino, a melologue for speaker and seven instruments, based on his own text freely taken from Book X of the Odyssey, was performed by the ensemble I Pomeriggi Musicali of Milan in the season of I Piccoli Pomeriggi Musicali. In 2015 he founded, together with the director Stefano Simone Pintor, the SocialOperaHouse, an online platform (www.socialoperahouse.org) that aims to be a real virtual theatre, with the purpose of collecting musical theatre productions based on new technologies. On 28 June 2015, the "pilot episode" of The Banker, the first opera-web-series project ever realised, was broadcast on the site. Since 2002, his works have been performed in Italy and abroad on the programme of institutions such as the Società aquilana dei concerti "B. Barattelli", Teatro Piccolo Regio of Turin, Teatro Comunale of Bologna, I Pomeriggi Musicali of Milan, Orchestra Sinfonica of Sanremo, Teatro Sociale of Como, Teatro Ponchielli of Cremona, Teatro Grande of Brescia, Teatro Fraschini of Pavia, Teatro Donizetti of Bergamo, Teatro dell'Opera Giocosa of Savona and Festivals like Brinkhall Summer Concerts of Turku (Finland), Festival of Bellagio and Lake Como, festival UrtiCanti of Bari. Numerous collaborations, since 2009, with the Teatro Sociale of Como, as orchestrator and curator of the cuts for the format of Opera Domani.